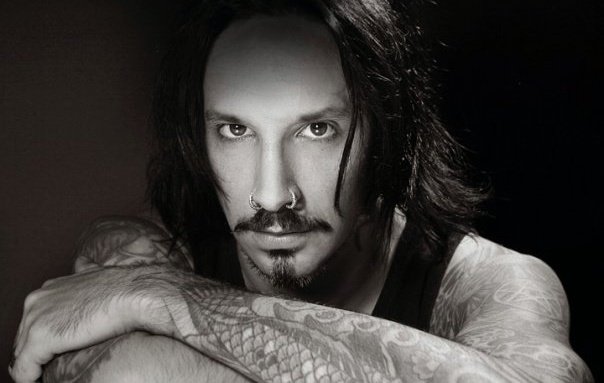 Roy Mayorga is known for his intense, seemingly erratic, head-banging style while drumming with hard rock band Stone Sour—since 2005—and previously as part of the metal band Soulfly. Stone Sour also features Corey Taylor and Jim Root of the popular nu metal group Slipknot. Stone Sour’s first album featuring Mayorga’s drumming, Come What(ever) May, sold 80,000 copies in its first week. Since, the band released Audio Secrecy in 2010, and recently dropped their double concept album House of Gold & Bones—Part 1 in 2012 and Part 2 in January 2013. Boxx caught up with Mayorga recently and he was ecstatic to share and discuss some of his favorite female musicians. Warning: Roy gave us so much awesome we had to split this into two parts… sound familiar?

JY: Who are some of your favorite female musicians of all time?

RM: I have a big laundry list. The first one would be Diamanda Galás. She was born in Greece and resided in NYC for like the past 37 years. She is one of those underground, Avant-garde musicians. She’s a trained jazz pianist form the 70s and then developed into this wild kind of heavy, dark, cabaret-ish kind of music with a dark attitude to her music it really inspired me in a lot of ways.

I found out about her through a record compilation in the mid 80s called A Diamond Hidden in the Mouth of a Corpse it had other artists on their like William s. Burroughs did a piece on this record. And what struck me about her was the way she used her voice. Her voice was more of an instrument and had this crazy shrieky sounds coming out of her voice and she would sing through four or five microphones when she’d play live and had them going through different effects: some had delay, reverb, distortion and she would go back and forth between all these microphones.

She has this really intense operatic voice where she just goes from extremely high to low to guttural it’s just inhuman the sounds she makes with her voice it’s unbelievable. She’s put out a bunch of records over the years I’ve picked up and still listen to for inspiration when I write my own music when I do soundtrack work and stuff and I need a darker mood. She definitely has that.

JY: What is something we should check out by her?

RM: She’s got so many different things. There are different eras of her music. I don’t want to say listen to this because it’s nothing to what she is doing now. Now she is doing this bluesier, jazz kind of thing of just her and piano and it’s amazing and beautiful. She’s done so many different records like the darkish kind of talent she had when I was getting into her in the 80s, she had this album called The Litanies of Satan and another album called Plague Mass these are all theme records, that have that tone. And then a few years after that she would make a record with someone like with John Paul Jones from Led Zeppelin she made that record with him, which is more of a bluesy, Zeppelin vibe because it’s J.P.J. and her voice over it.

Now she is doing this solo, piano, vocals, bluesy, jazzy thing now but really aggro, really dark, a lot of attitude and a lot of fire. She is someone you can sit down and listen to but you have to see to really get it. She has such an intense vibe live. She has had such a profound effect on me.

She does tour, but she plays more consecutive dates like five shows in Canada or five shows in Europe she doesn’t do big long tours as much. I haven’t seen her perform in a good twelve or thirteen years, but I do keep up with her on Youtube and see what she is doing now. And actually we’ve been in contact for the past 5-6 years because we’ve been talking about collaborating, but we’ve never got a chance to do anything because I ended up touring more with Stone Sour, and she ended up doing her own thing. I hope one of these days I get to end up doing something with her.

RM: I’ve done some indie films one for Robert Sexton aka Robert Hollywood. He made a movie called Legion: The World Made Flesh it’s a twenty-two minute short and I did some work on that it was about five or six years ago. It was more electronic based more on a John Carpenter/Wendy Carlos kind of vibe. Another woman we should talk about, Wendy Carlos

She did the soundtrack and most of the synthesizer based soundtrack parts of The Shining, which is what got me into soundtracks. Her tone the opening credit theme of that movie is so dark ominous and just cool sounding, she did that. She also did Tron and a bunch of movies after that, but she is mostly noted for The Shining in particular, and for a record she did in the late 60s early 70s called Switched-On Bach, basically she took the first modular Moog and recreated all of Bach’s music on synthesizer and no one had ever done that before. She worked with Robert Moog closely to help create this synthesizer, so she was the one that took that synthesizer and made it popular. After that everyone from Keith Emerson to Rick Wakeman from Yes all these people started using it and it blew up after that.

JY: When writing music do you go straight to your drums?

RM: It depends, one day I’ll wake up with a melody in my head and run to a piano or guitar and record it quick or if I’ll hear a beat in my head and I’ll go to my drums and record that and then write to it. It kind of works both ways depends on how I’m feeling how my mood is.

JY: Did you start out in the punk scene? I remember seeing pictures of you with a giant Mohawk.

JY: Were there a lot of women in that scene or any female drummers that influenced you?

RM: There’s female drummers that influence me now, but I didn’t see too many back then except for maybe Gina Schock from The Go-Go’s. She was rad. There’s The Go-Go’s and The Runaways, Joan Jett. Tina Weymouth, she was the bass player from Talking Heads, and I thought she was fantastic, and she still is. Very underrated in my opinion, but one of the best bass players out there. She had the Tom Tom Club with her husband from the Talking Heads at the same time. These are really influential musicians. There’s so many! There’s Kim Gordon from Sonic Youth, but then she was part of an amazing outfit, you know Sonic Youth are great. There’s Jarboe, she used to play keys for Swans.

JY: You mentioned female drummers that influence you now, who are they?

RM: Well there’s definitely one of my closest friends Yael, she’s an amazing drummer, she’s played with so many people and projects. She recently made a DVD called The Love Project. That is basically about the life and journey of a musician and the journey of collaborating with different musicians; loving the music and the life with music and the ups and downs of the situation. It’s an awesome documentary and people should definitely check it out.

We’ve known each other for a good twenty years now. We met in NYC, she was playing with this band called 1stborn7 and I was a house engineer at this club called Wetlands. And she was playing drums for this band and I was like, “Fuck, this drummer is incredible!” We share a lot of the same ideas with drumming and music; she’s such an inspiring person.

And another drummer who is recent to my radar, Cora Coleman-Dunham, she was Prince’s drummer but she’s now Beyoncé’s drummer. She’s unbelievable, that girl blows everybody out of the water as far as I’m concerned. Any guy that thinks they’re the shit, this girl can just eat them for breakfast. She’s amazing!

I never liked that title “oh she’s great for a girl or she’s a great girl” or “female this or that,” like just say she’s a fucking great drummer, she’s a great pianist, she’s a great singer, that’s all you’ve got to say.

I don’t see any separation whatsoever; as far as I’m concerned, musicians to me are equal. I’ve always felt that way.

JY: Great! We especially love highlighting women that play instruments, because it’s not out there enough.

RM: It isn’t. It seems to be more like the American Idol musicians are more highlighted, but you never see any individual real music, they don’t get the attention, which pisses me off.

JY: If you were to tour or collaborate with any female artists who would they be?

RM: Definitely Diamanda Galás, I really want to get that together one of these days like I said, we’ve been talking on and off for the past five years, but have never gotten the chance to have something manifest. Once I have more time I am going to attempt to reach out to her again and hopefully get something going. Something different from what she’s done and same here.

I really want to have something more on the percussion side, like just percussion and vocals, and maybe some minimal work with tones from old modular synthesizers, something really raw, but with a more natural tone to it. That’s kind of the approach I mentioned to her and she seemed pretty into it but that was a while ago.

Part 2 with even more recommendations from Roy…

Here are some links selected by Roy for you to check out artists he mentioned!

This clip is awesome just for the Jon Stewart flashback alone!

JY adding this one: Yael having a drum battle with one of my favorite drummers, Ray Luzier, of Army of Anyone and Korn.