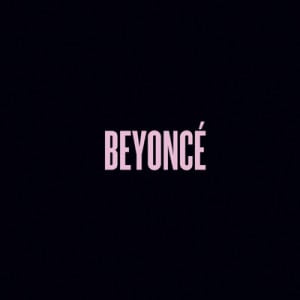 The de rigueur for pop stars trying to attempt something “experimental” has lately come in the form of weird outfits or superficial art elements, which they feign to think is a means of establishing some sort of credibility. It’s this type of faux pretension that launched the career of stars like Lady Gaga and Miley Cyrus and, before them, Beyoncé (remember her alter ego Sasha Fierce?) But the removal of all that jazz on her abruptly released, self-titled video concept album has helped to make it her seminal work.

Diverting from her sugar pop routine, Beyoncé changes the game entirely with her latest release, a deeply personal collection of songs that each bare a very specific statement (not to mention the message behind her ‘secretive’ marketing strategy, which warrants a totally separate conversation). On it, Queen Bey is at once strong, sexy, insecure, ethereal, angry, submissive, dominant, feminine, masculine, maternal, ironic, hypocritical and absolutely controversial. The entire album, carrying multiple different styles, slams the sugar pop we might expect from Beyoncé, but congeals to reveal a complex story, exploring what it means to be a mother, lover, wife—but most importantly, a woman.

Congrats, ‘Yonce. You have finally arrived as an artist. Even your haters can’t stop talking about you.

The folks at Rookie have already appropriately covered the sort of bumbling, incoherent OMGWTF thoughts that emerge when listening to the album the first time. (You might also try listening to the album a few times through without the videos and then play them consecutively. It presents two totally different experiences, also reaffirming how totally awesome this album is).

The album launches with “Pretty Hurts,” which addresses the more common themes of unattainable beauty and the search for internal happiness. The corresponding video, with a cameo from Harvey Keitel, shows the darker side of pageantry like bulimia and Vaseline-covered teeth shining from forced smiles. The singer is unsatisfied and insecure on the track, which is punctuated by a recording of her acceptance speech in a child pageant. Here, she is pronounced a “winner,” only to be determined a “loser” with another flashback from her performance on the ‘80s show Star Search featured later in the album’s “Flawless” video.

“Haunted” proves to be the most complex and experimental song on the album, separated into two videos—”Ghost” and “Haunted”—appropriate when you consider the drastic progression of music changes that makes it feel almost like three songs. The opener features a monotone talk-rapping reminiscent of Outkast’s “Aquemini,” before launching into an ethereal electronic cadence. It’s hard not to eyeroll at lyrics like, “Soul not for sale/Probably won’t make no money off this/Oh well” (Mhmm. I’m sure) and “All the people on the planet working 9 to 5 just to stay alive, how come?” (You just answered your own question). Still, the video presents an aptly haunting piece filled with symbolic horrors (see the fantastic explanation from Feministing).

“Blow,” a saccharine and sexy Barbie pop song features more than a few wink-nudge lyrics about oral sex—but turns the tables so that Bey’s on the receiving end, changing the construct from most sex songs we hear. There was Khia’s “My Neck, My Back” and Missy Elliot’s “Work It,” but both are more than a decade old, while songs like Rhianna’s “Birthday Cake” pales in comparison to the airplay Lil Wayne’s “Lollipop” received. One of the catchiest songs on the album is about cunnilingis; it’s kind of hard not to love this album based on that alone.

Where she asserts sexual dominance in “Blow,” Beyoncé exhibits more submission on tracks “Partition” and “Drunk in Love.” Yet, in all these songs, the underlying assortment is that the sexual dynamics of the bedroom don’t dictate power dynamics of the relationship. After all, she theorizes, just because you are an assertive and strong woman, doesn’t mean you can’t enjoy sexual submission in the bedroom. Hello, feminist sexual power dynamics discourse!

Visuals are really key on these songs, too. Where a writhing Beyoncé on the beach could easily be construed as just another Mariah Carey in “My All,” here it has a bit more force and confidence. Back when Jay-Z first appeared on his wife’s early solo material, “Crazy in Love,” Beyoncé seemed like a back-up dancer in her own song. In contrast, his cameo on “Drunk in Love” makes him look a bit dopey. She’s clearly running this show this time.

Later on the album, “Flawless” serves as the more aggressive antithesis to her other image-based song “Pretty Hurts.” On the contrary, “Flawless” gets up in everyone’s face with an aggressive guttural reaction to expectations of beauty. Her sarcasm is palpable as she repeats flippantly, “I woke up like this/I’m flawless.” This is, of course, fairly hypocritical coming from a woman who uses models throughout her videos that reinforce these same beauty ideals. Also, juxtaposing a TEDx feminism speech from Nigerian writer Chimamanda Ngozi Adichie with the chorus “Bow down bitches,” is obviously eyebrow raising.

That said, feminism is not monolithic. And within the status-affirming world of hip-hop, she’s mostly just asserting the same attitude as her male counterparts and her own power rank standing next to her husband. How is this any different than the Sheryl Sandburg LeanIn ideology of celebrating accomplishments that fit within the patriarchal definition of success. Unless you count she’s not doing it in a white collar board room.

Some might call the album manufactured—and it is. The songs are undeniably catchy, naturally because it was produced by a gigantic team including Pharrell Williams and Timbaland. But so what? Even if Beyoncé wasn’t the sole singer-songwriter for this concept album, the fact is she employed a team that could have continued to generate the same pop music, but instead delivered something wildly divergent and meaningful. It’s not only a new image of Beyoncé, but an unexpected turn for pop stars to use mainstream music as a medium to deliver more compelling messages. Some might call the album pretentious and dull. Others will laud praises of its genius and imaginative concept. Either way, it has people talking and thinking. And isn’t that what art is supposed to do?