Home – Death and Other Dances (By Carla Harvey)

– Death and Other Dances (By Carla Harvey) 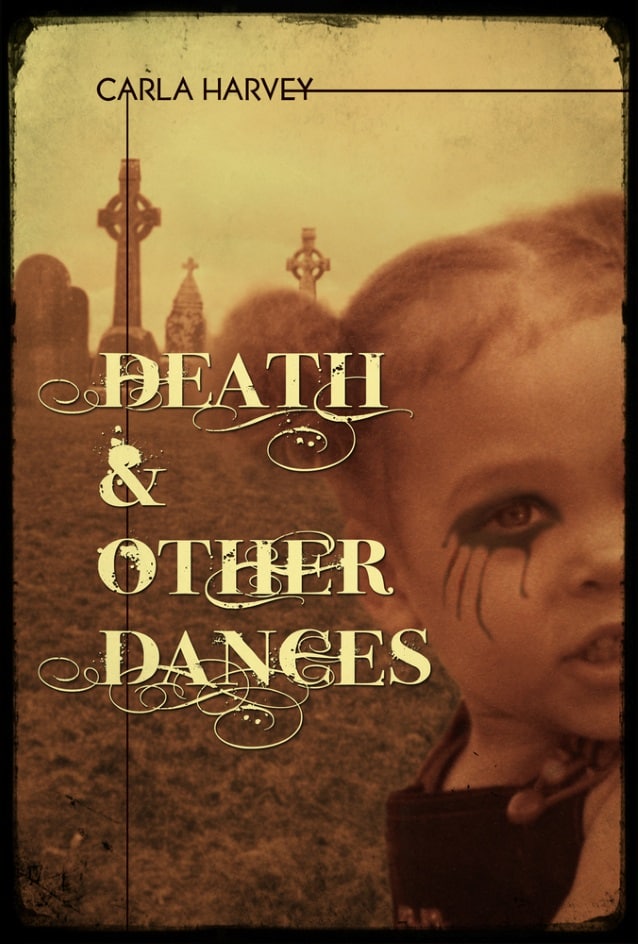 It’s interesting that death would be such a prevalent theme in a semi-autobiographical work from a woman that most would describe as full of vibrant energy and beautiful life.

However, the central themes of Carla Harvey’s “Death and Other Dances” seamlessly transition into her story of life, from an initial fascination with death as a child after seeing a dog hit by a car to an imaginary obsession with “killing off” lovers to earning a degree in mortuary science.

Author Carla Harvey is one-half of the screaming, growling female-fronted heavy metal duo The Butcher Babies. In her first work of creative non-fiction, she tells the story of Autumn Franklin, a biracial little girl growing up in Detroit who is trying to figure out how to fit into a world of family dysfunction and awkward adolescence all the while disconnected from her peers because of her background. After her parents’ divorce Autumn becomes even more withdrawn yet tenacious, seeking solace in hard rock music, her budding sexuality and the goal to make something of herself.

With an affinity for Guns ‘N’ Roses and Motley Crue, and a heart that has learned to practice compassion as well as self-preservation, she relocates to the City of Angels at the age of 20 where her boundaries are pushed to the extreme. But Autumn’s story isn’t just about a ride from an initial self-esteem boosting career as an exotic dancer, or the high-paying position as a Playboy TV newsgirl or the struggle of avoiding her true talent as a musician. It peels back the dark for a look at the underbelly of a culture where so many women struggle to survive, dabbling in everything from food porn and some seriously disturbing lap dance requests to drugs and destructive men.

After hitting rock bottom, Autumn reemerges in the light to excel in mortuary studies, and it’s among the corpses where she learns to live, love, trust others, and most importantly, to be herself.

“There were some parts of the book that I put in last because obviously when you’re writing from your own experience certain things are more painful than others,” explains Harvey. “There were holes in my story, because those parts were too painful to write about. One of those ‘holes’ that I filled in later became a central theme of the book. The thing I did as a kid that went into my adulthood: killing people off in my mind; imagining their deaths. I had to acknowledge that it was something I do, and have done it for a long time. That was hard for me.”

With chapter names like “Somewhere Between Cinderella and the Bible,” “Blood is the Best Lubricant,” “Six Foot, Revolving Vaginas” and “Pretty Girls Do Ugly Things,” it’s hard not to be intrigued. Even more alarming? Once you read the chapters, the titles are just spot on, creatively. Harvey divulges trauma in her life without making it a “woe is me” tale. She weaves a story that successfully proves that one can overcome not only their own bad decisions, but also bad things that happened to them externally. For example, one of the first guys she truly cared for when she was 11 (he was 16), molested his sister and was sent to jail.

“It was so hard for me to get through that as a kid. I took [that part in the book] out then put it back in, and kept doing that,” says Harvey. “I wasn’t sure if it was too hardcore. But I decided to keep it in because it was such a huge life-changing thing. I was 11. I think when you’re honest in your writing people can read that and appreciate it.”

Harvey is no stranger to undergoing internal transformation through making art by taking negative experiences and turning them into something beautiful.

“It’s all about moving on instead of being stuck in a child-like behavior pattern,“ explains Harvey. “I think people in my generation abandoned by their parents haven’t let go. A lot of people are stuck in this adolescent way of thinking and handling relationships. Once you let go of that you can be happier and healthier.”

Released on August 25 on Amazon, Amazon Europe and Kindle, as well as in select bookstores, “Death and Other Dances” isn’t what you might expect—but in a good way. If a Butcher Babies’ fan is thinking that they are going to get the dirt on the band via this work of creative non-fiction (be forewarned, she hates the word memoir), it’s not that type of a tell-all.

But don’t worry, the book gives many glimpse into Harvey’s various forays in music, and her battle to find her voice on stage and off. The reader walks away understanding her true callings in that world.

“People would expect it to be about the band. You know, I had written an ending chapter about the Butcher Babies and then I took it out. Maybe that’s for another book later on in life.”

After all, she’s still got a whole lot of fire to do something great. When asked if she wants to eventually own a mortuary, she hesitates.

“You know I used to think that I would. I still think it would be fun, but at the same time, gosh, it’s been years now since I practiced,” she admits. “I think what I’d like to do now is go into grief counseling. I really enjoy working with people one-on-one and that’s something I can even do from home. I love helping facilitating that process—past that initial phase in the grief process. As a funeral director you deal with the family in the planning process, but I want to work with people on a longer term.”