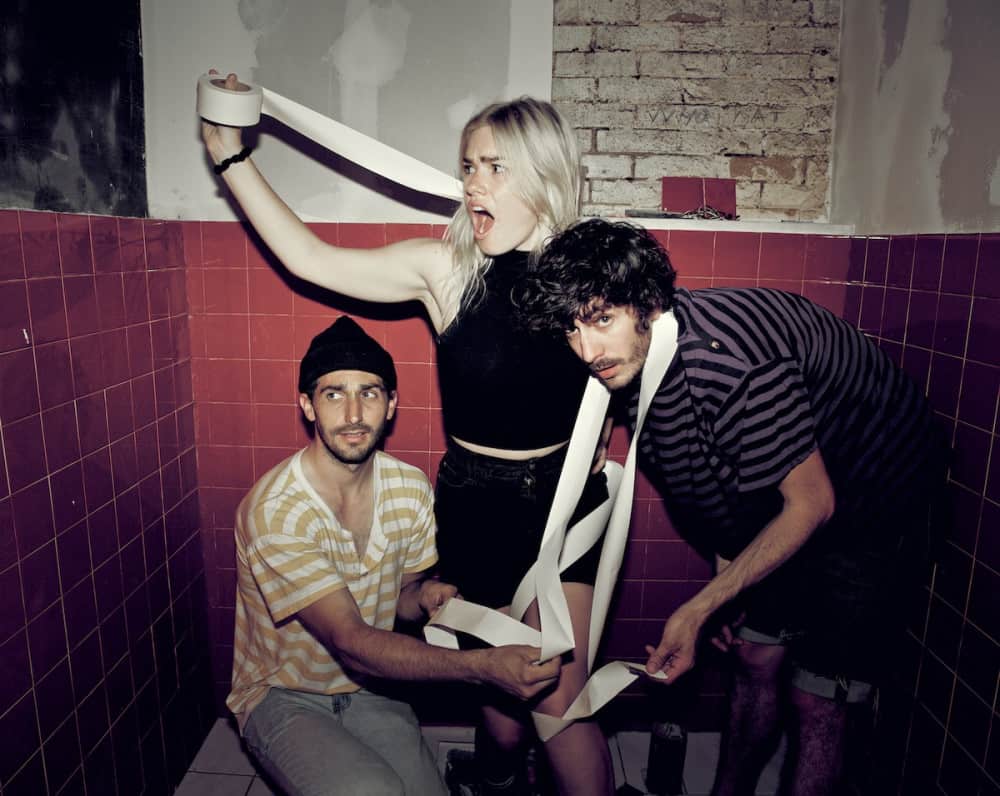 Drew Citron may not only have the best name on the planet, but her new band Beverly may just be the coolest, on-the-rise outfit in today’s indie pop-rock scene. The band, which was originally conceived by Citron and singer Frankie Rose as a fun jam session, debuted its full-length album, Careers, on Kanine this past Tuesday.

“It [began as] just fun for us,” says Citron, who also spends her time as the drummer in Rose’s band. “When Frankie and I were home from touring we would be messing around in our practice space and booking random shows. It was just totally this fun side project, and then it became serious when we had the chance to produce a record.”

Despite a clear-cut, collaborative chemistry between Citron and Rose, Beverly’s lineup has since shifted with Citron now taking the lead and adding in new members in a reunion of sorts.

“I met Jamie Ingalls (drums) and Scott Rosenthal (bass) through playing in Frankie’s live band,” Citron explains. “We had already been playing together, so it just made sense. We also have a rotating fourth person, most often a woman, to help with the female harmonies and extra guitar parts. It’s all about community and creating good vibes for live shows and practicing and traveling together. I love the people who are working on it right now.”

Reminiscent of a sun-drenched, stereo-blasting, cross-country road trip with infectious riffs, rhythms and innocuous rule-breaking in a reinvented ‘90s Breeders/Amps kind of way, it’s no wonder Careers feels as gritty and wholesome as a behind-the-wheel opportunity.

“Living in New York and being from California, I really miss listening to music in the car,” Citron reflects, her voice that airy and revivifying breeze you feel when you roll down the windows or open up the sun roof on your own propitious destination. “That was like, my entire adolescence,” she admits. “Flooring it on the 101, all the windows down, heat radiating on my feet and blasting whatever music I was into. It’s like a sense of freedom that feels great. It’s my favorite thing to do while listening to music.”

This creative catharsis is not the only outlet Citron utilizes, particularly if she’s feeling stagnant or stuck.

“A lot of people feel like you have to be going through a breakup or have some trauma in your life, which is true—it’s the most fruitful moment for sure,” she confesses, “but I think another cool thing you can do is give yourself an assignment, like listen to something that inspires you. I listen to music that I feel inspired by and then I’m like, ‘Wow! How did they do that?’ And it makes me want to go try and do it and make something similar. It’s usually when I hear something new that I’ve never heard before. [Also], when a live show can make me forget that I even play music, that’s a good sign.”

While perhaps one of the most underrated forces in the industry, Citron is no newbie to the scene having logged an impressive résumé outside of Frankie Rose’s band, from her efforts in synth and dance-throttling Avan Lava to tours with The Pains of Being Pure at Heart and DJ gigs around New York.

“I always knew that music was my thing, and there’s nothing else I would rather do,” Citron says.

Consequently, it might sound surprising that her role as ringleader has been a transition, but she once more, proves her ability to excel in this driver seat, and quickly.

“Becoming a frontwoman has been a challenge that I hope and assume to have risen to,” she says. “It’s been fun playing the shows so far, and I feel great. I hope the audience feels great, too.”