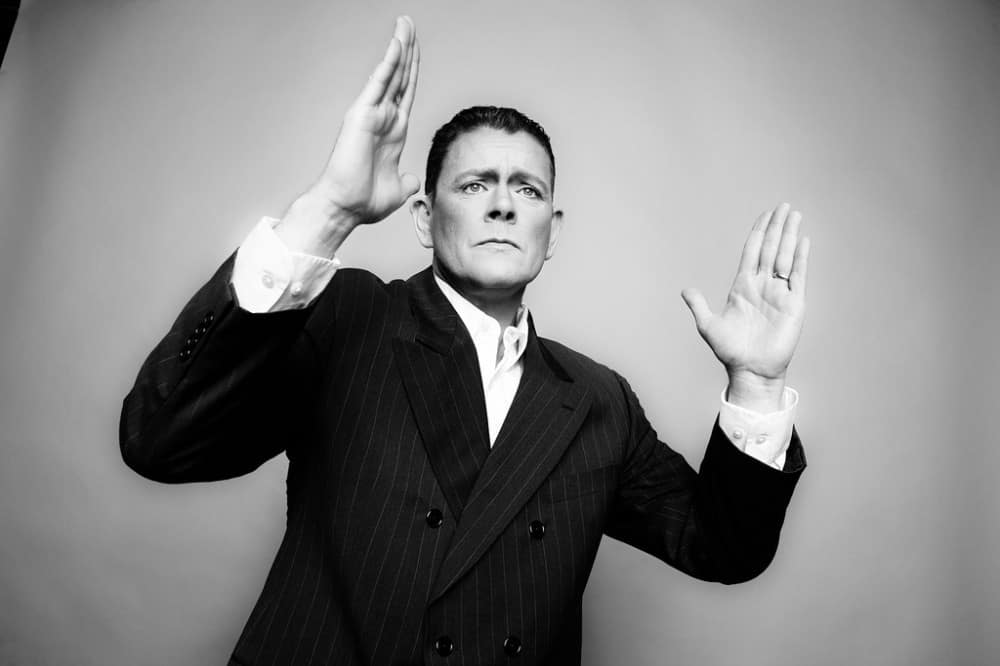 The insanely prolific musician and author Chris Connelly, arguably best known for his work in Ministry and Revolting Cocks, has a lot to look forward to in 2014. That includes starting the year with a Ziggy Stardust-inspired bang when Connelly’s new supergroup, Sons of the Silent Age, takes over Chicago’s Mayne Stage 0n New Year’s Eve. A project that is devoted to revisiting the music of David Bowie, Sons of the Silent Age was initially organized as the musical entertainment for a charity concert in January 2013 to benefit the Pablove Foundation, and featured Connelly’s good friend Shirley Manson at its debut. Since then, the group has soldiered on, with a handful of gigs in Connelly’s home city.

Connelly has also been hard at work on an updated edition of his 2007 memoir, Concrete, Bulletproof, Invisible and Fried: My Life As a Revolting Cock, as well as forming Cocksure with partner Jason Novak (Acumen Nation), which promises to be a newly reanimated and resurrected Revolting Cocks. The impetus behind it is Connelly’s feeling that the Cocks never saw their full potential as a musical and aesthetic force. “All of our records were marred by too much indulgence by the band members (myself included) and too much material being cobbled together at the last minute, which was contradicted by the insane amount of time it took us to finish anything.”

Connelly has high hopes for Cocksure, believing it brings together “the best aspects of the Cocks, coupled by a strong sense of the mid ’80s nightclub sound and fused together with a very, very modern approach.” And while recalling the old days of the band’s pandemonium (you might remember the song “Beers, Steers and Queers”), Connelly says, “This is what I always wished the Cocks would be, and I am fairly confident that it will make anyone who was a fan in the past quite delighted, repulsed, disgusted and possibly offended!”

Beyond just cocks, though, there’s quite a few female musicians who have influenced Connelly in one way or another, as we discovered in this extra Q&A.

Who are some of your favorite female musicians of all time?

How have they inspired you?

“It has worked on a number of different levels. I’d have to say that Nico, Lush, Patti Smith, Joni Mitchell, Annette Peacock and Joan Wasser have inspired me in the most hard-hitting and immediate way, as in, when I have heard them do certain things, I have dropped everything and run for my guitar. Seeing Wasser play live once made me rethink my entire approach to writing. It was like getting this incredible gift from someone who didn’t even know they were giving it to you. With Joni Mitchell, I’m impressed by the way she approaches guitar, using very unconventional tunings to compose these otherworldly songs. Patti Smith is so brimming with life and spirit; I find it impossible to listen to her without feeling some kind of rush of being runniing through my veins. Annette Peacock is another Wasser for me. When I first heard her, maybe 15 years ago or so, it was like a blinding light. Emma Anderson from Lush is a large influence on the way I approach melody, the right amount of elation and melancholy in a single bar of music.”

What would you recommend we check out from them?

1. Desertshore by Nico
2. Radio Ethiopia by Patti Smith
3. Hejira by Joni Mitchell
4. To Survive by Joan As Police Woman
5. I’m The One by Annete Peacock
6. Come To My Garden by Minni Riperton
7. Penis Envy by Crass
8. A Secret Life by Marianne Faithfull
9. Fantasea by Azaelia Banks
10. Last Summer by Eleanor Friedberger

Are there any female musicians on your radar now that people may not have heard about yet?

“I mentioned Azealia Banks who has been around for a couple of years. I do not know much about her, but I have her Fantasea album, and she’s definitely one of my favorite rappers. If you have not heard the new Chelsea Wolfe album Pain Is Beauty, it’s a beautiful, dark record. It puts me in mind of when I used to go out clubbing back in the early ’80s, however, she has a lot to say and was probably not born then, so, it’s still a very forward-looking piece. I highly recommend. Julia Holter who is relatively new. Her Loud City Song album is a sumptuous labyrinth of heavenly melodies and surreal lyrics; it’s absolutely gorgeous.I  have also been enjoying Anna Calvi.”

Are there any all-girl bands or female bassists, drummers, guitarists that you admire?

“Mikki & Emma from Lush for sure, as far as bass players. Then there is only one Meshell Ndegeocello, who is also a friend and collaborator of mine. Drums: Without a doubt Carla Azar. Also Polly Jean Harvey and Anna Calvi—they play the traditional rock instruments and all have their own highly developed unique style.”

If you could collaborate with any female artist who would it be?

“I am already lucky enough to be collaborating with Meshell Ndegeocello. I would love to sing with Joan [Wasser]!”

Are there any female musicians you’ve been heavily listening to recently?

“I have been listening to Electric Lady by Janelle Monae a LOT, even my kids are digging it! Also the Azaelia Bank’s album, though I haven’t played that for my kids, you’ll know why when you hear it! I listened to Julia Holter’s Loud City Song over and over this past summer….

What was performing with Shirley Manson like last January in Sons of the Silent Age? Having been friends for so many years and finally performing together, it must have been pretty fantastic.

“It was amazing to perform with Shirley, we have been close friends for about 30 years. Sharing a stage with her was a high point of my career, not just because she is life itself, often more than life itself, but because of our shared history going all the way back to Edinburgh, [Scotland]. It felt natural.”