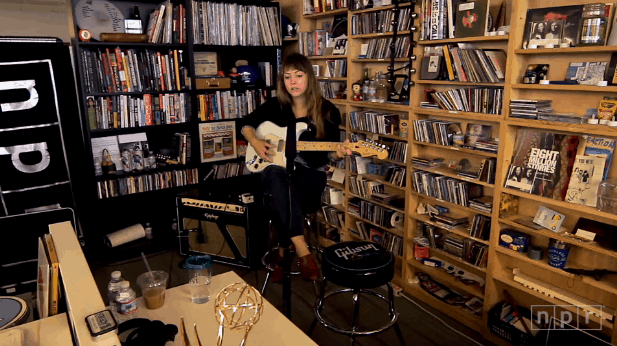 Angel Olsen debuts her performance for NPR Music’s Tiny Desk Concert, with four brand-new, previously unreleased songs including “Unf**ktheworld,” “Iota,” “Enemy,” and “White Fire.” All are from her upcoming release Burn Your Fire for No Witness (out Feb. 18 on Jagjaguwar).

Goldfrapp in Cinemas for One Night Only