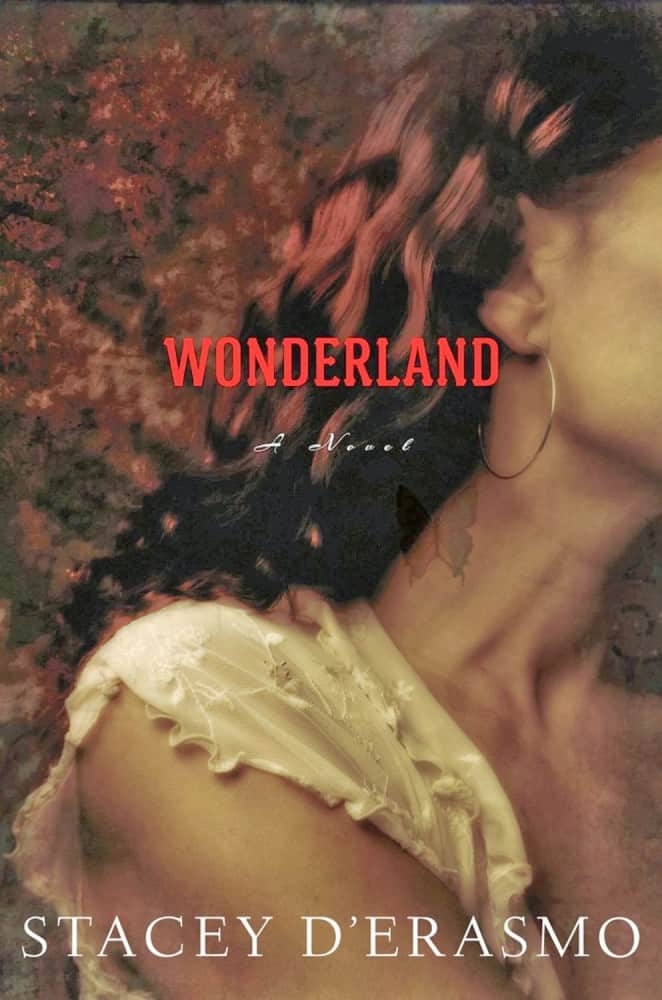 Wonderland by Stacey D’Erasmo is a fictional first-person narrative about the comeback tour of an indie darling after a seven-year hiatus. At 44, main character Anna Brundage leaves her job as a teacher and her coveted apartment in New York to chase that dream one last time. D’Erasmo’s gorgeous, fluid prose perfectly captures the dream-like quality of music and memory.

As research for Wonderland, D’Erasmo toured Europe with the Scissor Sisters, an experience she replicates in story, vividly describing the chaos of touring. And in what can only be an homage to the collage work of Exene Cervenka, as Anna travels, she documents her journey in diaries filled with clippings, drawings and journal entries.

The story opens in a fantastical Christiania, Copenhagen where Anna avoids turning up on time to one of her first performances by having sex with a stranger. To stretch the Alice in Wonderland metaphor even further, while Anna is Alice, then Boone (her tour manager) is the White Rabbit, endlessly sending her texts that she ignores, telling her that she is late, very late, for performances and sound checks. Her tenuous relationship with bandmates, lovers, cities, family and memories are told in lyrical fragments. There are many short one-page chapters in the book that are the literary equivalent of bridges in a song.

D’Erasmo writes about sex with a relatable directness. She doesn’t shy away from or dwell on it unnecessarily; it’s a part of Anna’s life as an adult and celebrity. She’s frank about her interest in men and sex and has both lengthy romantic affairs and entertaining one night stands without any shame or guilt.

Wonderland, in part, is a story about absence. Anna Brundage’s famous father is an installation artist whose work is the negative space; he uses teams of engineers to deconstruct public buildings, he peels apart the architecture and reconfigures the planned space into new dimensions.

In one particularly striking chapter, Anna is holed up in a chateau with seemingly endless quantities of cocaine and hand-picked musicians to record a follow-up to the album that made her successful. In drug-fueled desperation the band wanders into the woods to wait for a sign.

“The absent deer called out. And then I knew it, I saw it, I heard it, I knew that we had all heard it: the right notes, the place where ‘Bang Bang’ needed to go. It was so obvious, how had we missed it? That call of the absent deer, some absent deer–that’s why we were here, why we had ended up at this place, at this moment, in this way.”

There is an urgent theme of searching for the elusive key to success, fame, love, family or most importantly, a perfect piece of art. The comeback tour is a process to find that combination of performance and music that reaches an audience, sometimes successfully; other times it is a woeful, embarrassing catastrophe. This is a story of turns not taken, or the breath between one note and the next.

Video of the Day: Angus & Julia “A Heartbreak”

Throwback Thursday VOD: Nancy Sinatra “These Boots Are Made for Walkin’”